About the San Antonio, Texas area 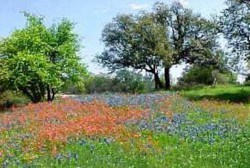 Texas Hill Country towns are a tapestry of cultures and traditions. Fredericksburg is said to be one of the most visited towns in the United States with its rich German heritage, as are Comfort and Boerne, just northwest of San Antonio and on the Guadalupe River.

Bandera, known as the Cowboy Capital of the World, is famous for its dude ranches and rodeo legends. Progressive Kerrville has maintained a unique balance with the new and its western roots.

The area offers plenty of recreational activities, including golf, swimming, horseback riding, hiking, water-skiing, and boating. In fact, there are 21 state parks and 6 lakes in its approximately 36,000 square miles of area. It is also the second-largest vinicultural region in the United States. 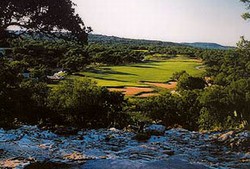 San Antonio's nearby rivers and lakes are one of its biggest charms. Towns like New Braunfels, Boerne, and Seguin are close to the big city, but offer a small-town lifestyle and access to one of the most beautiful rivers in the state, the Guadalupe. Canoeing, rafting, or tubing on the Guadalupe can be either a hair-raising adventure or a relaxing event.

In addition, New Braunfels is situated on the shortest navigable river in the state, the Comal. To the west of San Antonio are Medina Lake and the beautiful Medina River. South of San Antonio are fishing and boating lakes such as Braunig and Calaveras, and Mitchell Lake, a nature preserve.

The big sister of the Guadalupe River is Canyon Lake, which offers everything from swimming to water-skiing to sailboating to bass fishing year-round. Numerous bed-and-breakfasts and RV parks are available if you want to grill your catch and watch the sunset before bedding down. 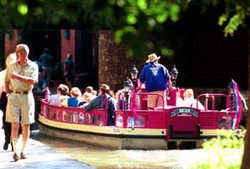 San Antonio is a city full of culture and beauty, rooted in Texas history and traditions. You can enjoy the scenic landscape of northwest San Antonio, bordering on the Hill Country; the world-class golf courses of north-central San Antonio; the missions to the south; or the shopping, historic neighborhoods, and entertainment of downtown.

The city shows the influence of Native Americans, Spaniards, Germans, Old Mexico, the Wild West, and the Deep South in its art and architecture. San Antonio ranks third in relocations nationwide for cities of 300,000 or more.

Fiesta, held in the second half of April, celebrates Gen. Santa Anna's defeat at the hands of Sam Houston in the Battle of San Jacinto for Texan independence. Fiesta is like a huge block party, featuring a week of parades, food, drink, and music.

Other big parties include Margarita Pour-Off, Taste of San Antonio, Cinco de Mayo, the Stock Show and Rodeo, the Starving Artists show on the Riverwalk, and the Texas Folk Life Festival.

If you'd like more information on San Antonio's neighborhoods, history, and economy, ask for our relocation guide or click on the Neighborhoods page.

For a closer look at San Antonio or nearby Cibolo and Schertz, check out my blog.

Following are links to websites of some of the communities in and around San Antonio:

Texas real estate
We can help you buy or sell property anywhere in Texas, but the San Antonio metropolitan area, including Bexar, Guadalupe, and Comal Counties, is our main market, so if you are interested in real estate outside of this area, please let us know. We can refer you to another Realtor in our network, who will give you excellent service. Plus, we will remain available for consultation throughout the transaction.

And beyond Texas - to the world
We also work with real estate professionals in other states and even other countries. Robin is a member of the Transnational Referral Network and the International Consortium of Real Estate Associations.  If you are looking for a second home or are transferring with your job or the military, we can smooth your way by referring you to a Realtor or estate agent who can help you. Contact us for more information! 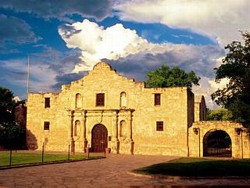